Franklin Delano Roosevelt (FDR) was the 32nd president of the United States of America during the Great Depression and throughout World War 2 (1939-45.  He joined Britain, Canada, Australia and other countries in the fight against Germany and Japan when Pearl Harbor was attacked by the Japanese on December 7th 1941.

Domestically, FDR was the man behind the "New Deal" which united poor people and minorities. 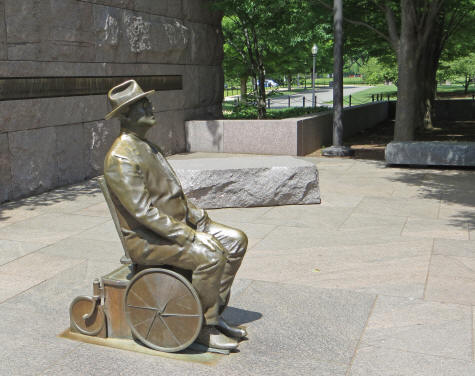 Visitors to Washington DC can tour the FDR Memorial which is located between the Potomac River and the Tidal Basin, not far from the Lincoln Memorial