Martin Luther King Jr. was an American clergyman and famous civil rights activist.  He applied nonviolent civil disobedience to advance the rights of African Americans.   In 1963, King let the "March on Washington" where he delivered his famous speech entitled "I have a Dream".

King was a prolific writer and orator.   Many of his famous quotes and carved in stone at the MLK Memorial in Washington. Martin Luther King (MLK) was assassinated on April 4th, 1968. 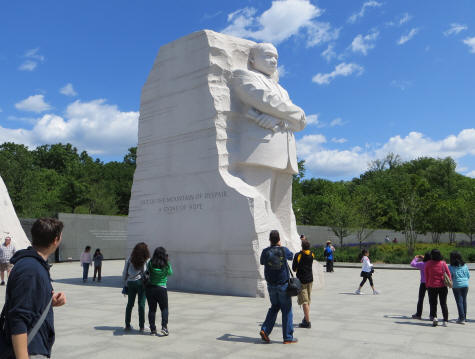 Visitors to Washington DC are strongly encouraged to tour this beautifully designed architectural memorial on the banks of the Tidal Basin.  It is located a short distance from the Lincoln Memorial.