Thomas Jefferson was the third president of the United States and one of its founding fathers.   His claim to fame was being the principal author of the Declaration of Independence (1776). 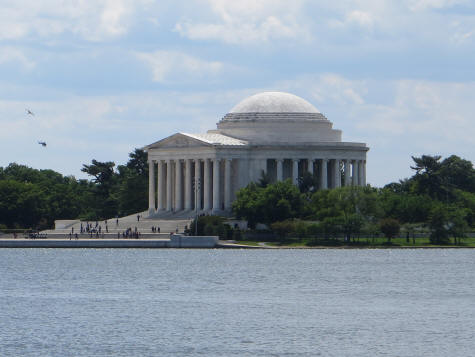 Visitors to Washington DC can tour the Jefferson Memorial which is located on the Tidal Basin directly south of the Washington Monument.